I met this beautiful Slovenian brand about a year ago and since then I’m hooked. Our relationship actually began because of my atopic dermatitis that was very challenging for me for about 20 years. I had severe problems with it, especially on my palms which were covered with eczema all the freaking time [and that was actually very crippling!]. Corticosteroids were my only savior but I avoided them as much as I could in fear of collateral damage, so I was always looking for safer remedies. Nothing really worked until I met Skinfairytale’s Atopic creams. Atopicbalm saved me magnificently and I’m off corticosteroids since last year. A real life fairytale that is!

OK, I just got carried away – because this is not about atopic dermatitis but summer and summer essentials! I just wanted to explain how this beautiful brand gained my trust and led to an exploration of their products, which never cease to amaze me. Among them, I really like this two summer products that I’ll present today. Because it is still summer, right? 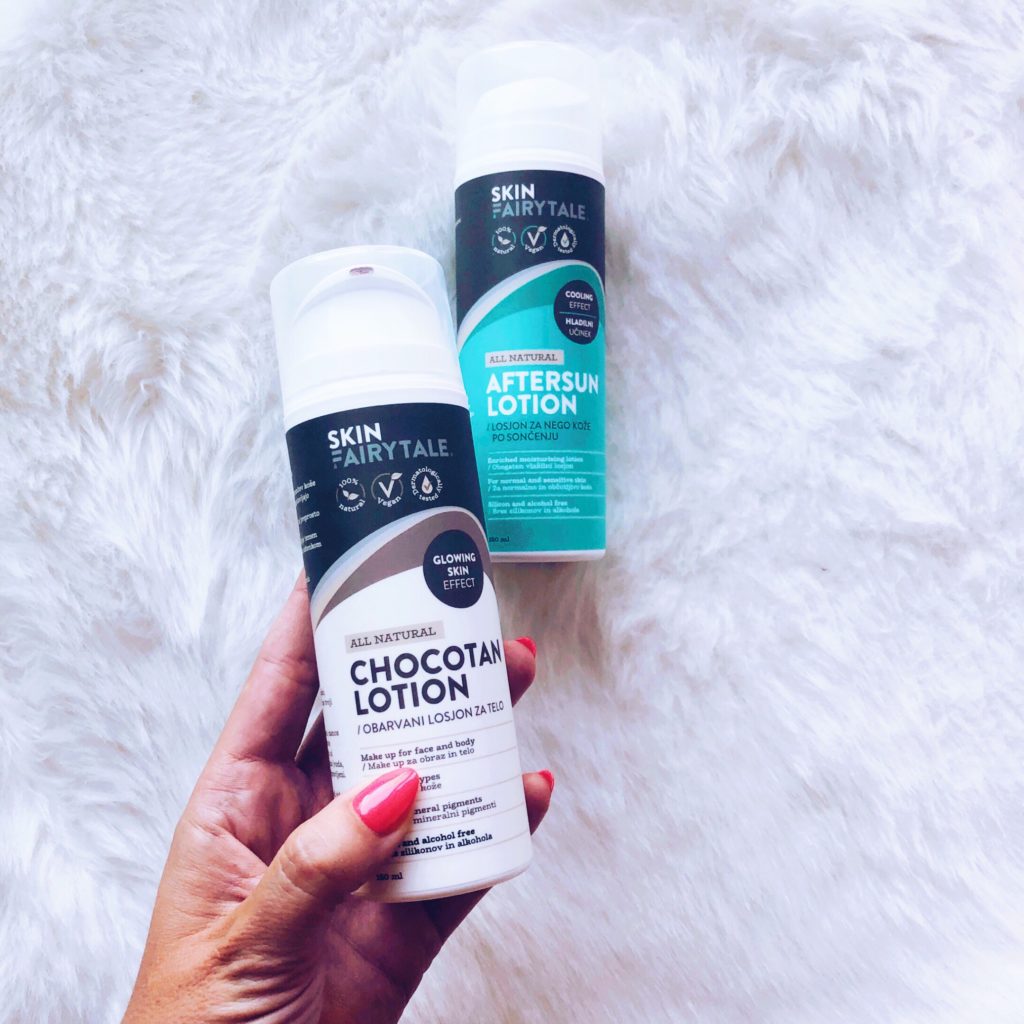 I’m really not a sunbather and I’m obsessed about not getting any sunburns, but it happens! Little miss Perfect is not so perfect after all. When I received the After Sun Lotion for testing I said I won’t really need that, but hey, it is  a nice lotion, let’s see! And I guess I jinxed it all up, because just a few days after receiving it, I fell asleep at the beach. I was under an umbrella and all neatly covered up, but the sun moved and the pareo slipped of my hip. Go figure! I woke up with a nasty sunburn on my hip. And this lotion saved it during the night! I don’t have many experiences with sunburns and after-sun lotions, but it still seemed like a little miracle nevertheless.

Additional confirmations of its exceptional effects came very soon, when my beautiful neighbor Katja got a sunburn and I ran to her with this baby. She couldn’t believe it either, how fast the redness and pain subsided and I’ve never seen that particular lotion again. She just adopted it and I had to get a new one! So, why do I (we!) really like it:

Let’s cut the essays and have a short pros and cons recap: 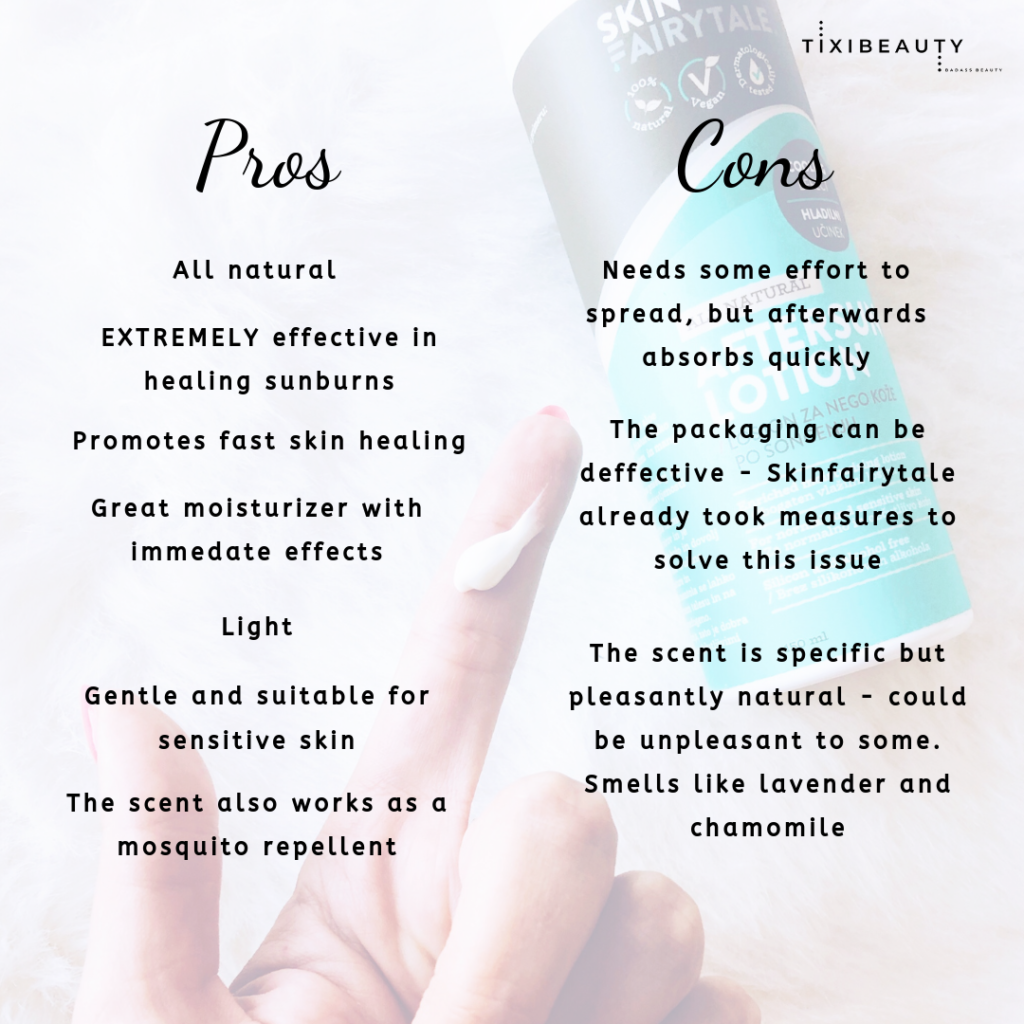 First and foremost – it is not a selftanner. It is makeup for your body and face that gives you immediately the tanned and sunkissed look without the nasty selftanner after-scent and without the UV damage from Sun exposure. I love it since day one – I also loved its predecessor Chokoladka, which had the same effects, but with a thicker formula, so this is the upgraded version that I greeted with open arms (and word goes it will get even better for next season!). I use it mostly for my face to have the most beautiful, glowing sunkissed look ever, sometimes I extend the use also my neck, decollete and legs – when I show them off. My legs are actually quite dark-skinned, so I use it mostly for the glow and for evening the skin tone, covering up some minor imperfections. Beautiful! bit you must be careful not to use it with light colored outfits, because in the end we’re still talking about makeup that comes off. The main reasons why I like it are: 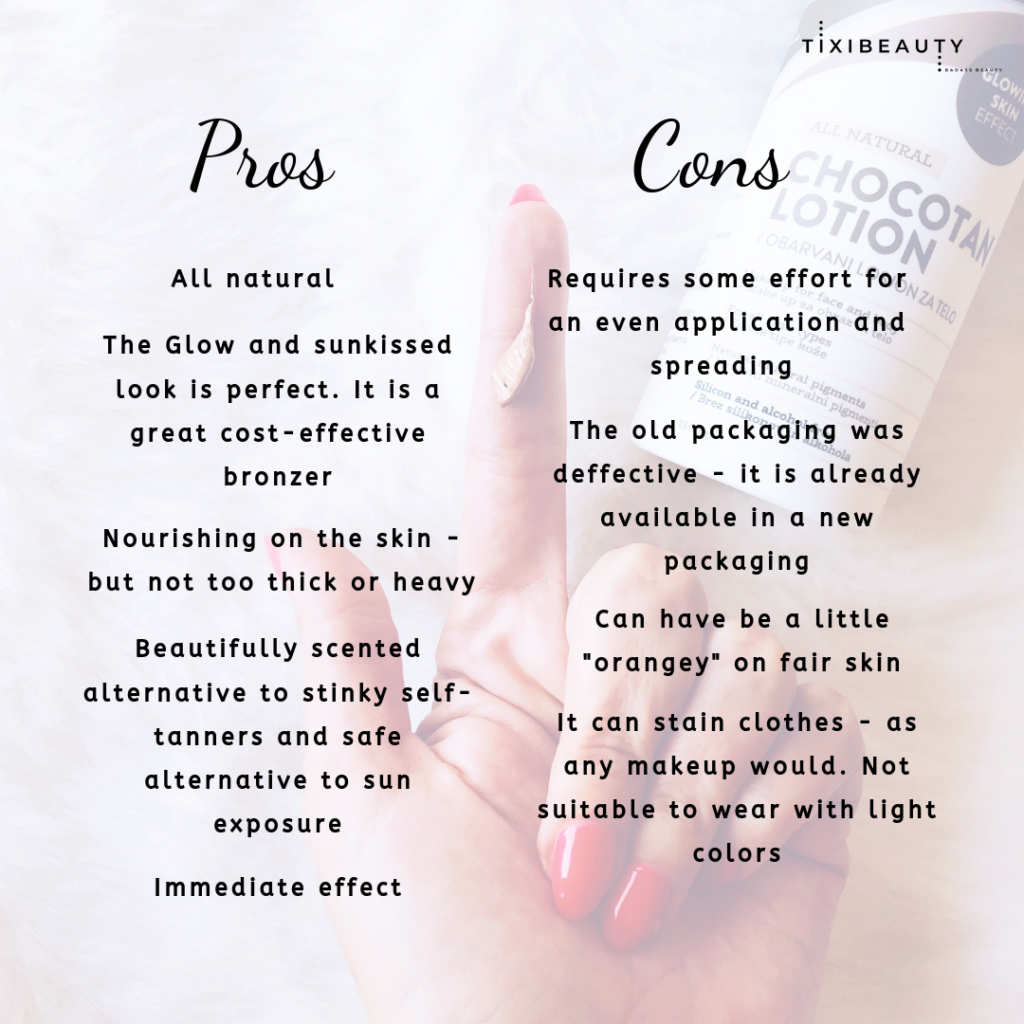 Maybe also a little word about how I use it, to achieve perfect results: 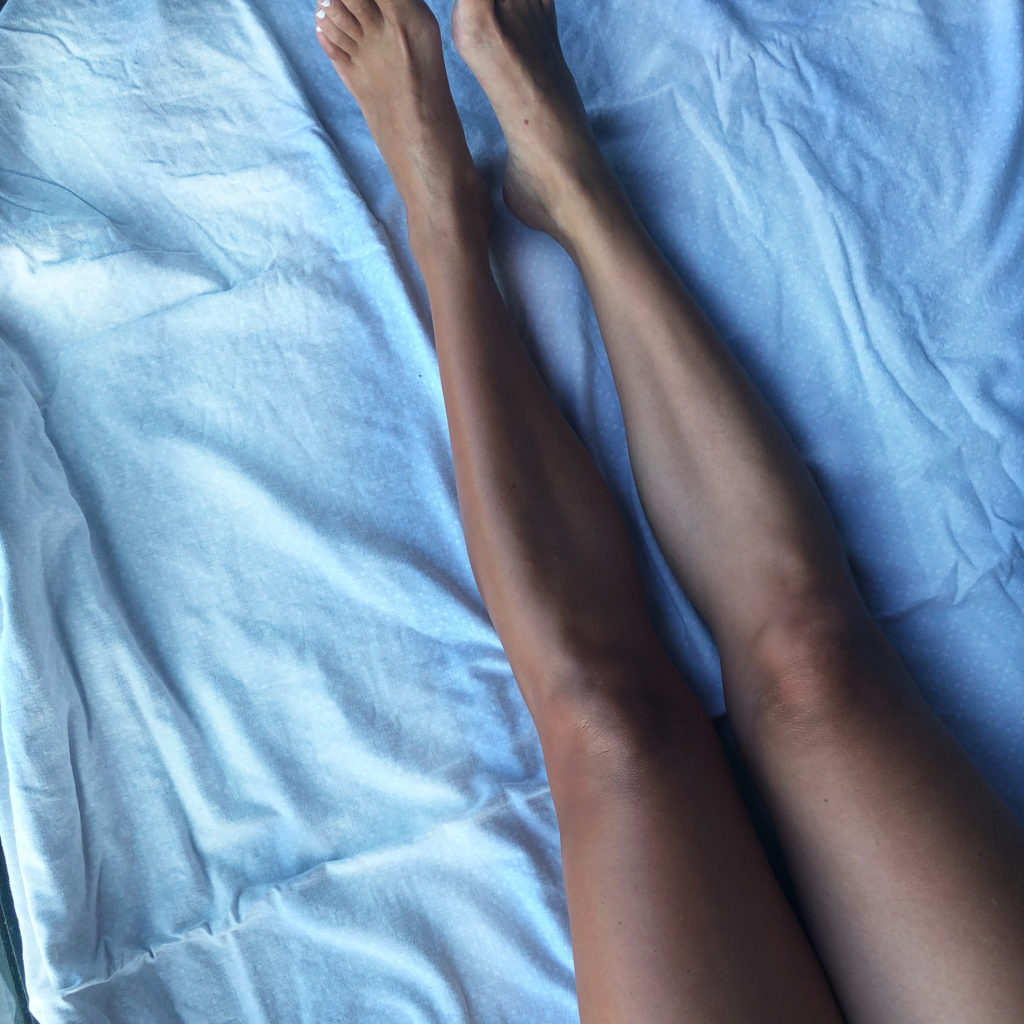 Intrigued? You can find these products here:

There is more about these babies on my Instagram account – check  my stories (under the highlight »Reviews«). I will be also hosting a giveaway very soon – a Chocotan will be looking for a warm home! Don’t miss it!

This post was made in collaboration with Skinfairytale. All the featured products were gifted to me for testing purposes.

Researcher and skincare junkie.
You can find me on @tixibeauty
Photo credit: Uroš Podlogar Photography

Altough I put a lot of effort in researching my topics, please keep in mind that I’m not an expert and that my posts reflect only my personal opinion and experiences. The content on this site is for entertainment and informational purposes only.

must read obvezno branje
Close Menu
We use cookies to ensure that we give you the best experience on our website. If you continue to use this site we will assume that you are happy with it.Accept